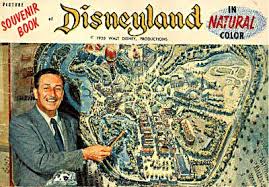 “Disneyland is presented as imaginary in order to make us believe that the rest is real, when in fact all of Los Angeles and the America surrounding it are no longer real, but of the order of the hyper-real and of simulation.” – Jean Baudrillard

It was after this quote came up in the slideshow of Greta Hauer’s lecture that I became rapt with the concept of Places and Non Places. Baudrillard quite poignantly describes Disneyland as the most real place in America, somewhere with a self titled ‘Fantasyland’, indicating it not pretending to be anything more than it is; a theme park. Other places, and not just in America, create a fake environment, and strip places of their historical and cultural context of origin, to the point that we do not know what is real anymore. This leads on to the concept of ‘Disneyisation’.

Disneyisation, or Disneyification, is a term negatively used to describe the transformation of a place becoming somewhere focused on consumerism and consumption; resembling the Disney theme parks. It is about the increase in appeal of goods, services and settings, leading to more and more custom, with the goal for people to stay captivated and stay longer, thus spending more money. This can be seen all over America especially, with examples such as Las Vegas, a city stripped of its natural beauty, with recognition focusing purely on the casinos, shops, nightclubs and of course, lights. Las Vegas is an example of a ‘non place’; somewhere not real. Other examples of disneyisation and non places can be seen in shopping malls. A complex made entirely of merchandisers pushing products, yet still a place many will chose to spend their weekends socialising at, a place where Americans will even go to vote, and somewhere that every road leads to in American suburbs. Evidence of this concept can be seen here in the UK as well, with places such as Milton Keynes, a town made up of a grid structure of blocks and roundabouts, with no seemingly natural flow and somewhere impossible to get around without owning a car. A 2007 Guardian article described this ‘non place’ as having “an absence of soul”, somewhere in which you would “struggle to find to any ‘there’, there”.

Hauer went on to stress how the development of these ‘non places’, has changed society and the way we live, like how we would rather go to an aquarium than to the ocean. Marc Augé describes ‘non places’ as though “space had been trapped by time”, like the only history of that place is whatever occurred in the last day; “an unending history in the present”.

I particularly like how the concept of places and non places was explained to us in this lecture through contemporary examples of film and television, all of which we were able to identify with, and were even able give our own examples of ‘non places’ conveyed in film.

David Cronenberg’s ‘eXistenZ‘ (1999) is a film about a virtual world that people go into, in which the characters start doubting reality and which of the worlds is actually more real.

Marlen Haushofer’s ‘The Wall‘ is a novel, which was then adapted into a film, where a woman is trapped by an invisible wall, around her holiday home in the Austrian mountains, cut of from the rest of the world. The unnamed character writes an account of her isolation as she struggles to come to terms with the situation. This story intrigued me, and it’s a book I aim to read, especially if I choose to base my essay on this lecture topic.

And of course, Peter Weir’s ‘The Truman Show‘ (1998) was discussed. The well known film about Truman Burbank who has been brought up in a false world, a giant Television studio, in which his family and friends are all actors.
“We accept the reality of the world with which we are presented.”

These films are enthralling metaphors for what some consider everyday life and places to have become.